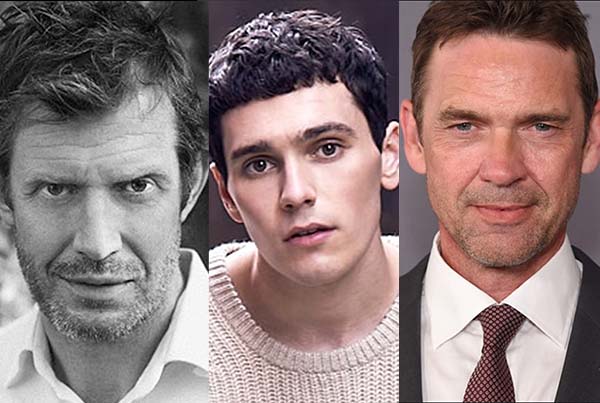 Set amongst the beach clubs and palm trees of the Costa del Sol in the early 80s, A Town Called Malice follows the Lords, a crime family of petty thieves from South London, as they decamp from London to Spain to profit from an unexpected windfall – and to escape the attention of the police in a high-profile murder enquiry.

The Lord family is headed up by Jason Flemyng (Save Me, Lock, Stock and Two Smoking Barrels) as Albert Lord, Jack Rowan (Born to Kill) as Gene Lord, Tahirah Sharif (The Haunting of Bly Manor) joins as Cindy Carter, Gean’s girlfriend, and Martha Plimpton (Mass, The Good Wife) as Mint Ma, who will be joined by wider family members Dougray Scott (Ever After, Mission: Impossible 2) as Uncle Tony, Lex Shrapnel (Captain America) as Leonard Lord, Daniel Sharman (Fear the Walking Dead, Medici) as Kelly Lord, George Jaques (The Third Day: Autumn) as Anthony Lord and Eliza Butterworth (The Last Kingdom) as Carly Lord.

The smartest, but overlooked, youngest son, Gene (Rowan), and his fearless fiancée, Cindy (Sharif) flee to Spain to evade arrest after narrowly surviving a gangland battle. The lovers quickly find themselves embroiled in the local underworld, and trouble starts to follow these two like night after day. When the other Lords join them on the Costa del Sol, the family realises this is a golden opportunity to re-invent themselves and re-capture their former glory – much to the annoyance of Gene and Cindy, who have a very different plan. Strongly driven by music, A Town Called Malice’s beating heart is the sound of the 80s.

Nick Love, creator and writer, says:“What an amazing cast. I am so lucky to finally be working with some of my favourite actors and childhood heroes. I couldn’t be more excited to see how they bring the Lord family to life.”

The series is a co-production between Vertigo Films, Rogue State & Sky Studios. Nick Love is the lead writer and is joined in writers’ room by Melissa Bubnic, John Jackson, Liz Lake and Matt Evans. The lead director is Jamie Donoughue and the series producer is Andy Noble.

A Town Called Malice will air on Sky Max and NOW in 2023.